The radiothon will kick off at 10 a.m. and run until noon on location at Parvasi Media Group. 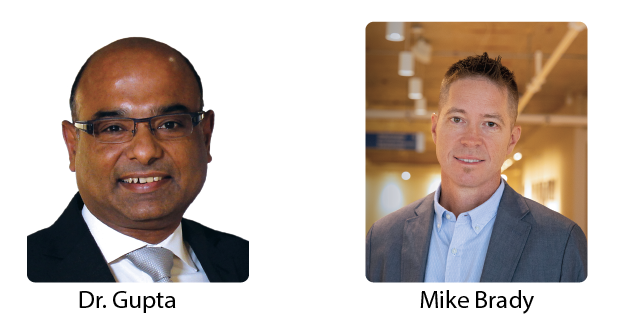 As Diwali approaches, Parvasi Radio will provide its listeners with a way to make a real difference in the lives of people living with cancer and their families. For the first time ever, the radio station will team up with Princess Margaret Cancer Centre, one of the Top 5 cancer research centres in the world, to host a radiothon on Oct. 24.

Money raised will go to support groundbreaking research at The Princess Margaret that have helped patients like Michael Brady.

Michael was first diagnosed with polycythemia, a mild form of blood cancer in 2006 that, at the time, seemed like a manageable disease. But eight years later, he was diagnosed with a more aggressive type of myeloproliferative neoplasms (MPNs) called myelofibrosis.

He was given only four years to live.

Covid-19 Canada: Highlights from today’s speech of the throne

“I was taken aback,” recalls Michael, who was 41 at the time. “My wife was, too. It’s hard to describe. It’s almost like an out-of-body experience where you’re hearing what’s being said to you and it’s almost like you’re monitoring your own reaction to it.”

Michael was referred to The Princess Margaret, where he was treated by Dr. Vikas Gupta, an internationally recognized hematologist. Dr. Gupta knew the aggressive cancer required an aggressive treatment. He suggested Michael take part in a clinical trial, one that combined a drug known as a JAK inhibitor with a bone marrow transplant. Michael would be the first Canadian, and only the third person ever, to take part in such a trial. It required him to be in great physical shape, so Michael set out to train like he was going on a space mission.

The trial was a success and Michael is now in remission. He is grateful for the life-saving treatment he received.

Tune into Parvasi Radio on Oct. 24 at CJMR 1320 AM or livestream at ParvasiRadio.com to support the radiothon and help us conquer cancer.