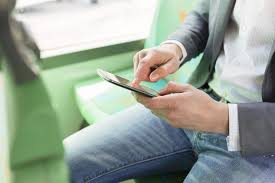 Text messages, social media posts and video are playing an increasingly central role in the investigation and prosecution of sexual crimes, but experts say digital evidence is a double-edged sword that can prolong cases and potentially discourage complainants from coming forward.

A study published last year by researchers at three Canadian universities documented some of the ways in which electronic records have made their mark on cases involving sexual offences, which typically occur between people who know each other.

Photos, video footage and other such evidence can provide key context and are often seen as more neutral than people’s accounts, said the study based on interviews with dozens of sex crime investigators across the country.

“There are cases where digital evidence has been useful in challenging the ‘he said, she said’ narrative,” lead author Alexa Dodge, a PhD candidate at Ottawa’s Carleton University, said in an interview.

But that material is still subject to human interpretation — and thus human bias — and collecting it can make cases longer and more invasive for complainants, she said. “It’s not the silver bullet people think it might be,” she added.

Investigators who took part in the study reported growing backlogs in processing large amounts of digital evidence in already overburdened sex crimes units, a strain they said was exacerbated by the lack of specialized training and resources.

They also expressed frustration at the length of time required to obtain warrants and the additional wait time for a forensic examiner to review a device.

Some complainants, especially teens, are distraught at the prospect of turning over their phones — for many, a lifeline to their support network — for an extended period of time, investigators told the researchers. Some reported the prospect of going off the grid discouraged some complainants from proceeding with charges.

“These challenges led to assertions that digital evidence is a ‘double-edged sword’ that provides both more evidence to help solve (notoriously difficult to prove) sexual assault cases but also increases the complexity of these cases and creates burdens on both sex crime investigators and the victims of these crimes,” the study said.

Digital evidence has taken centre stage in a number of recent high-profile sexual assault trials, including a Toronto case in which a bar owner and manager were found guilty of gang sexual assault and administering a drug.

Prosecutors argued hours of security footage shown at the trial portrayed the brutal sexual assault of a woman, while the defence argued the video depicted a consensual encounter. A sentencing hearing for the pair is scheduled for later this month.

Defence lawyer Daniel Brown, who has written a book on prosecuting and defending sexual assault cases, said the justice system is actively grappling with how to handle its increasing reliance on a form of evidence that’s only become prevalent within the past 10 to 15 years.

“Part of the reason why we see digital evidence play out in those cases is because it’s one of the few types of cases that tends to happen in private without other witnesses being present…it’s the type of evidence that tends to help give context to an otherwise complex situation,” he said.

Authenticating, preserving and interpreting such evidence are among the key challenges, he said. Text conversations can be altered, for example, and those involved may not remember what they meant at the time, he added.

Video often doesn’t give a full picture either, he said, noting footage can be visually choppy or lack sound.

Brown said the justice system would benefit from more clarity on how digital evidence can be used.

Legal reforms passed in 2018 made several changes to the way the courts deal with sexual assaults. One of the most controversial changes in Bill C-51 requires that defence lawyers obtain the court’s permission before introducing private records such as texts into evidence, and allows complainants to participate in the application hearing.

That change is being challenged in courts across the country, Brown said, with critics arguing it allows complainants to alter their account based on the defence’s evidence and thus infringes on the accused’s right to a fair trial.

Two Ontario trial courts have so far upheld the change, but one in Alberta has ruled it to be unconstitutional, he said, noting the issue will likely end up before the Supreme Court of Canada.

The new process also prolongs trials and increases the risk that cases will be thrown out for stretching beyond legally mandated timelines, he said.

This report by The Canadian Press was first published on Jan. 16, 2020.