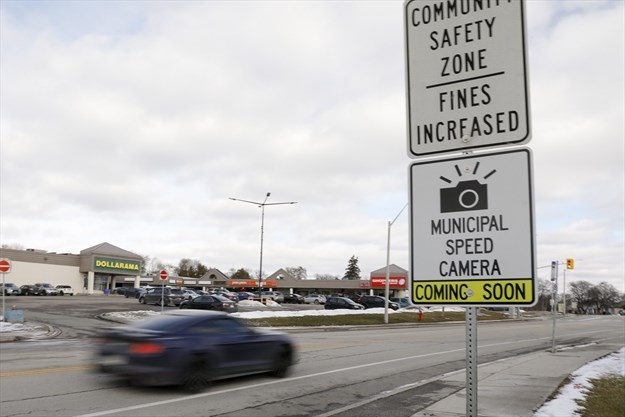 The City of Brampton has revealed the location of two more photo radar cameras, bringing the total up to five so far. – Bryon Johnson/Torstar

Osler to Recognize Support from the Local Sikh Community on Gurpurab

The City of Brampton is moving full-steam ahead on its zero tolerance for speed campaign with the revelation of two more automated speed cameras — more commonly known as photo radar.

According to media spokesperson Natalie Stogdill, the city’s fourth and fifth cameras will be located on the north side of Vodden Street East between Kennedy Road and Centre Street, and on Fernforest Drive between Bovaird Drive and Sandalwood Parkway.

The city has been slowly revealing locations for the cameras since December 2019. The first three cameras announced will be installed at Ray Lawson Boulevard west of Cherrytree Drive, Avondale Boulevard east of Aloma Crescent and Richvale Drive North of Kennedy Road.

The city plans to announce further locations as determined by city staff. Provincial legislation allows municipalities to place the cameras in school or community safety zones on roadways with a speed limit below 80 km/h.

The city must provide residents with a minimum of 90 days warning before installing the cameras and handing out tickets. Notification signs have been placed at all five of the locations.

“The legislative authority for Automated Speed Enforcement was enacted effective Dec. 1, 2019. Brampton was one of the first municipalities in Ontario to implement ASE with its first notification sign unveiling on Dec. 19, 2019,” said Stodgill, adding the city will begin issuing tickets in May or June of this year.

The technology, which is already in use in some areas of Toronto, is entirely autonomous — utilizing automatic photo and speed-measuring equipment.

“ASE captures and records images of vehicles travelling in excess of the posted limit. The person registered to the licence plate captured by the automated speed enforcement device will receive the speeding ticket,” it added.