Toronto Raptors “superfan” Nav Bhatia has pledged $150,000 through his foundation towards redeveloping basketball courts at Paul Coffey Park in Mississauga 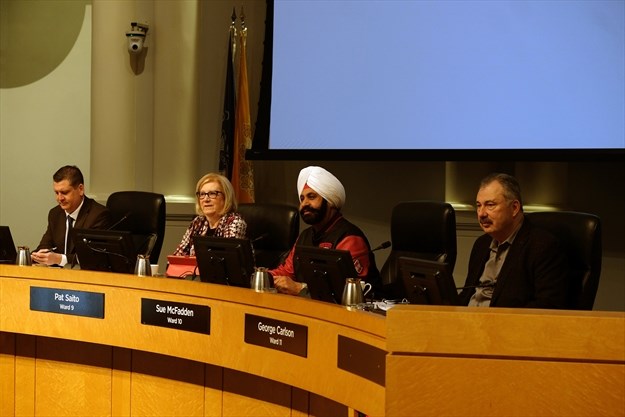 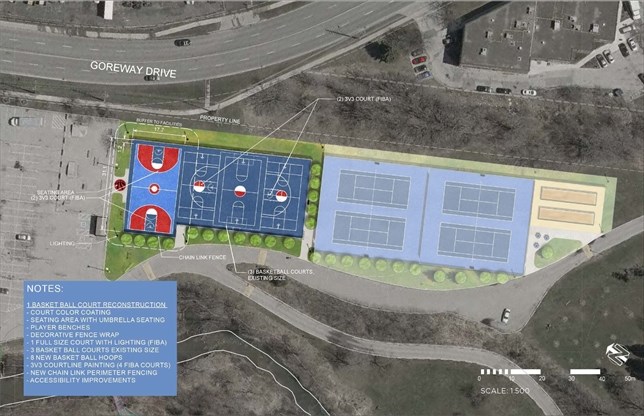 Changes to the basketball courts in Paul Coffey Park in Malton are set to include covered seating, player’s benches and new court colour coating. – City of Mississauga rendering

At the Feb. 12 council session, Bhatia, who moved to Malton when he first arrived in Canada, said the contribution is to help give young people in the community “a hope and an opportunity to do better than what I did.”

“This is all a process to use the game of basketball, the love, the fandom which this game has given me as a superfan, and I want to give it back to this community and the city and the country,” he said.

A city staff report said the money from Bhatia’s foundation would include colour coating the courts, a covered seating area, player benches and decorative fence wrap at the park.

Bhatia’s foundation has also pledged to provide programming for youth in the community at the courts. Part of that programming, Bhatia said, includes plans to hold basketball camps and bring in NBA players during their off-season.

Parrish said the city will only allow Bhatia to book the courts but Ascension of Our Lord Secondary School students, several of whom were in the room, would have “total access to the courts.”

Several councillors congratulated Parrish for securing the investment in the park, but the Ward 5 representative emphasized Bhatia’s role.

“(He) approached me two years ago at Paul Coffey Park and said ‘I want to do something for my Malton people,’ ” she said.

The contribution comes as the city is planning a significant redevelopment of the more than 100-acre Paul Coffey Park.

According to an email from city spokesperson Catherine Monast, the total redevelopment cost of the park is $23.45 million. The target completion date of the final phase of park redevelopment is 2034.

No students participated in grant program, government says, to charity’s…