One youth sent to local hospital 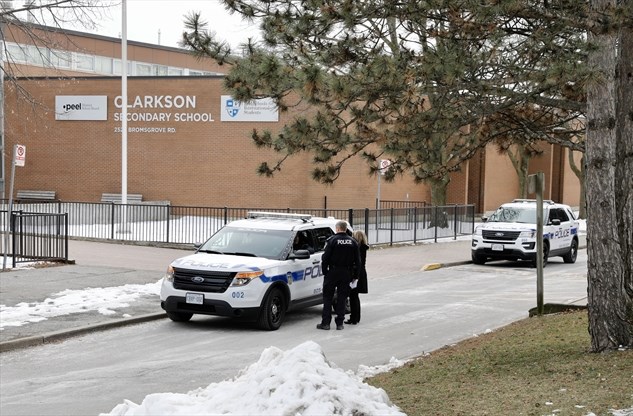 Peel Regional Police are investigating after a youth was stabbed on Wednesday, Feb. 12.

Police said they were called to an altercation inside a school involving two youths around 12:30 p.m. near the intersection of Bromsgrove Road and Playford Road in Clarkson.

One of the youths suffered stab wounds and was transferred to hospital with non-life threatening injuries.

Another youth has been taken into custody.

The principal of Clarkson Secondary School, Mary Zammit, released a letter confirming that the incident took place at the high school.

The letter said that families of both youths have been contacted and that no other students were harmed during the incident.

We have shared a letter with Clarkson families regarding today’s incident: https://t.co/5U1kq5XcPM https://t.co/jtshNUSfPz

Woman sent to hospital after vehicle crashes into Mississauga storefront