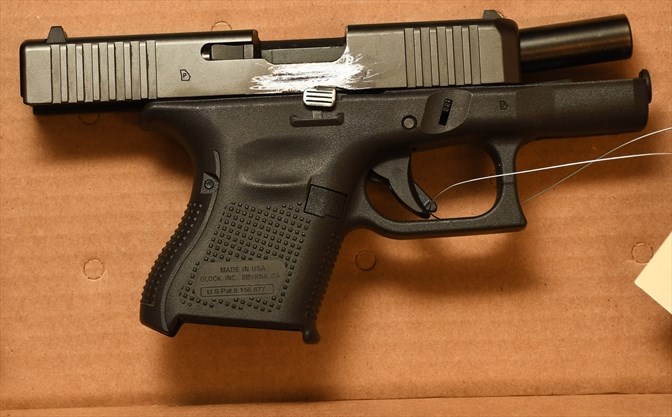 Three suspects, including two from Mississauga, have been arrested and charged in relation to a string of GTA robberies. Halton Police say that two handguns (pictured above) were located and seized during the time of arrest. – Halton Regional Police Service

Covid-19 Canada: Highlights from today’s speech of the throne

Sep 23, 2020
Halton Regional Police Service have arrested three people, including two from Mississauga, following a number of armed robberies across the GTA.

In a release, Halton police said the robberies typically involved at least two armed suspects entering banks and stores and demanding cash; violence was also used in the robberies.

The three suspects are facing a total of 67 charges, including disguise with intent, robbery with a firearm and other firearm-related offences. Police said more charges are expected to be laid against the three suspects.

Halton police had formed a Regional Robbery Task Force last month after a rise in robberies in the region and across the GTA.

Woman sent to hospital after vehicle crashes into Mississauga storefront