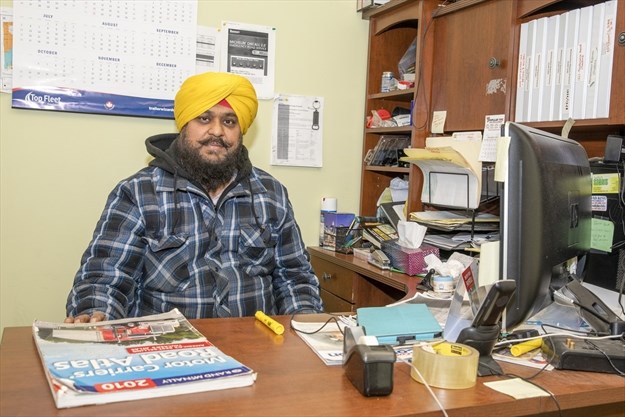 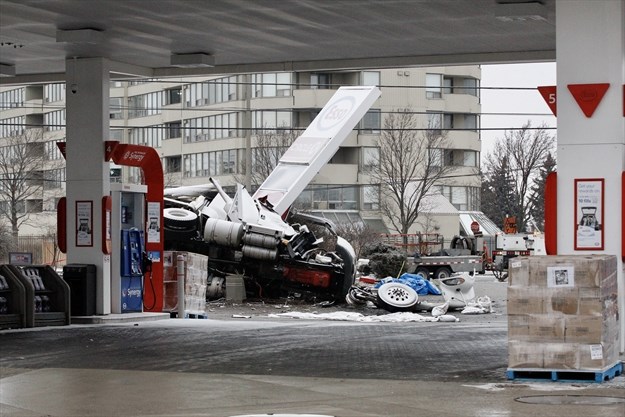 One man is dead after a tractor trailer, involved in a multi-vehicle collision, rolled over and crashed into a gas station sign in Mississauga on Monday, Jan. 13. – Bryon Johnson/Torstar

WE Charity laying off staff, looking to sell real estate in Toronto

Aug 13, 2020
After three alleged robberies in a year to his long-haul trucking business, Mohinder Chadde said his company is at risk of dying if the thefts don’t stop.

Chadde, who has been at the helm of Talhan Transport Inc. near Creditview Road and Highway 401 for around 14 years, said thefts have increased dramatically in recent years and Peel Regional Police have not been helpful.

“The thieves won’t stop because they know that police aren’t doing anything,” he said.

Peel Regional Police and York Regional Police have the only dedicated cargo theft investigation units in the country. Trucking industry thefts in Peel cause millions in losses, Peel police say, adding that proceeds from these crimes fund human and gun trafficking.

One incident recently turned deadly when an allegedly stolen transport truck crashed into a Mississauga Esso gas station, killing the driver and sending two others to hospital on Jan. 13.

Chadde’s latest incident involved a Talhan transport truck without a trailer being stolen on Dec. 20, 2019 from outside the company’s Mississauga office.

After the truck was stolen, Chadde said he received a tip on its location and tracked it down. Looking at his truck, he phoned Peel police, but was advised not to approach or pursue it.

Chadde said he felt powerless as he watched his truck eventually leave its location and disappear into the night.

When the truck was recovered by police on Dec. 24 in Brampton, Chadde said multiple items were stolen and damaged, leaving his company on the hook for a $5,000 insurance deductible, which he believes will now lead to higher premiums.

“How can I survive?” he said. “The police are pushing us to do something wrong.”

He also said police advise residents not to approach and attempt to recover stolen property on their own, because it could disrupt the process of collecting forensic evidence and potentially endanger public safety.

“I understand the frustration from their point,” Wright said. “But how would it look if we were to give them permission to stop the vehicle and somewhere in that fracas one of them gets hurt – or worse, seriously injured or dead?”

Former Peel police officer Mike Proska, who is now a private investigator specializing in cargo theft, said thieves robbing the trucking industry in Peel are typically well-organized and use trucks and trailers to quickly move stolen goods, “like the Fed Ex of bad guys.”

He said the number of trucks and trailers in Mississauga and Brampton make it “a target-rich environment.”

In an email, Wright said that as of Feb. 13, 2020, no arrests have been made in relation to Chadde’s stolen truck and the investigation was ongoing.

The latest numbers on COVID-19 in Canada for Aug. 13