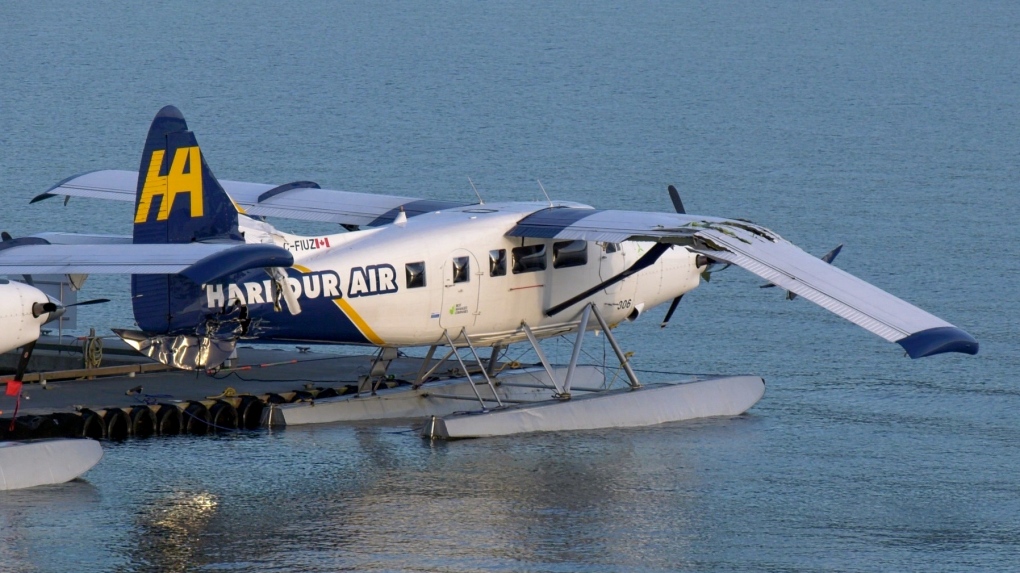 A Harbour Air plane is seen with damage to its wing. Police say a man stole a float plane then fled after crashing it into another plane.
Similar stories

Apr 2, 2020
VANCOUVER — Vancouver police are searching for a man who they say stole a float plane then crashed it into another aircraft early Friday morning.

The man then ran away on foot, police say.

Vancouver Police Department told media  that the call for the incident came in around 3:30 a.m.

Nobody was injured and no suspects are in custody.

The stolen plane has damage to one of its wings, Visintin said. A plane in Vancouver’s harbour could be seen with a wing that was snapped in the middle and also had damage to the back end.

In a post on Twitter, Harbour Air said it was a Seaair plane that was stolen at the Coal Harbour terminal Friday morning.

“During the incident, two Harbour Air aircraft were damaged,” the post said. “Early flights were rerouted, all flights are now operating.”

Vancouver police are on scene investigating and Harbour Air said it was working with officers “to provide any support required.”

This is a developing story and will continue to be updated as more information comes available.