OECTRA going back to bargaining table on Monday 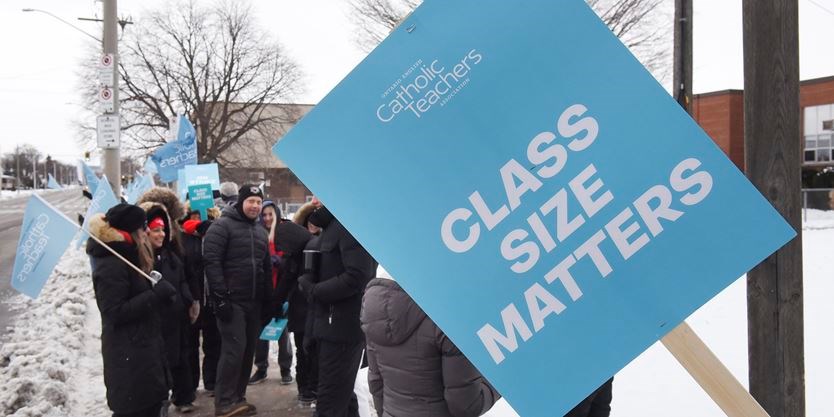 The Ontario English Catholic Teachers’ Association (OECTA) have cancelled plans to withdraw services Dufferin-Peel Catholic District School Board (DPCDSB) on Thursday, Feb. 27 as they return to negotiations with the province. – Marta Marychuk/Torstar file

Which GTA postal codes, age groups are eligible for the COVID-19…

The Dufferin Peel Catholic School Board (DPCSB) has posted a notice on its website reporting that the strike day originally schedule to close board schools on Thursday, Feb. 27 has been “suspended.”

It notes the Ontario English Catholic Teachers’ Association (OECTRA) has agreed to return to the bargaining table with the Province on Monday (Feb. 24), and as a result have called off the rotating strikes that had been planned for next week.

Vaccine panel confirms choice to delay doses up to 4 months