'I think this guy is a drunk driver. He's on the wrong side of the road': 911 caller 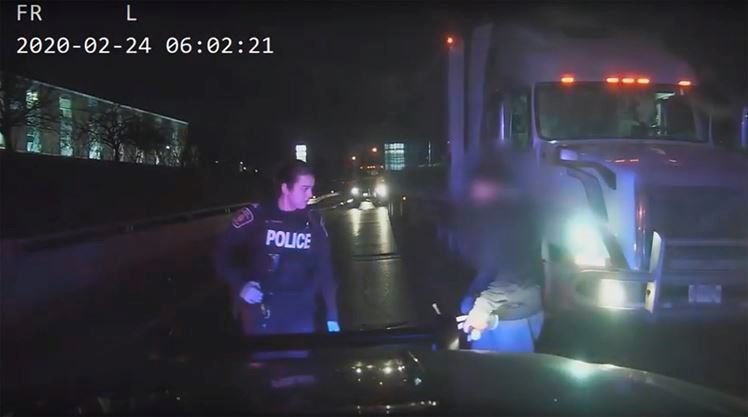 A concerned motorist who called police after spotting a tractor trailer driving on the wrong side of the road in Vaughan is being credited with helping to catch a suspected impaired driver, York Regional Police Sgt. Andy Pattenden said.

“I think this guy is a drunk driver,” the motorist said to a 911 operator in a video released by police. “He’s driving on the wrong side of the road.”

He called police Feb. 24 just before 6 a.m. after seeing the truck driving into oncoming lanes of traffic in the area of Keele Street and Langstaff Road, Pattenden said.

When officers arrived on the scene, they found the tractor trailer stopped in the westbound lanes facing east, he said.

“You’re unsteady on your feet right now,” an officer said in the video to the driver.

“I think you’re impaired. You’re too impaired to be driving the vehicle right now. I’m placing you under arrest for impaired.”