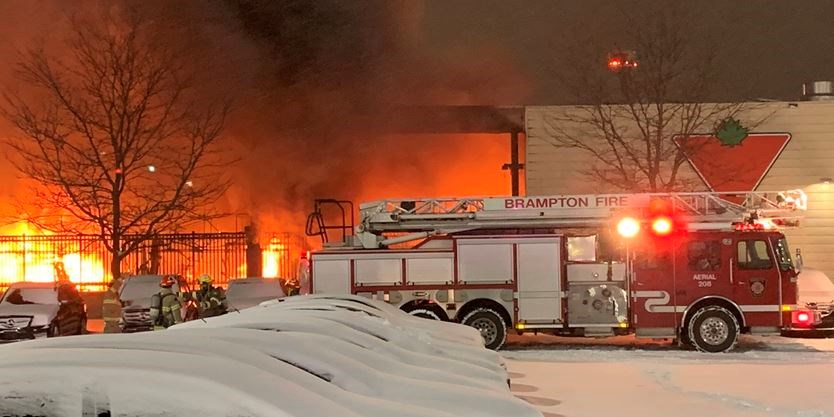 Brampton fire crews were called to an early morning fire at a Canadian Tire location in the city on Thursday, Feb. 27.

Firefigthers arrived at the Bovaird Drive and McLaughlin Road location to find part of the commercial property in flames.

According to a fire department spokesperson, the fire was called in by a passerby and occurred in the garden centre area of the store. There were no injuries reported and the cause of the fire is unknown at this time.

Fire crews were able to contain the fire under conditions made difficult by heavy snow, Chief Bill Boyes tweeted later.

Police had Bovaird Drive was closed from McLaughlin Road to Van Kirk Drive for a while.

The extent of damage to the premises has not been reported.

Blowing snow and ‘dangerous squalls’ forecast for Brampton and Mississauga