Indian capital hit by violence: All the latest updates

Death toll in worst violence in decades in Delhi rises to 37 as opposition slams government for being 'mute spectator'.

The death toll in the worst religious violence to hit India’s capital in decades has risen to at least 37, health officials said.

The violence was triggered after Muslims protesting against a discriminatory citizenship law were attacked by Hindu mobs.

More than 200 people have been injured during four days of violence in Muslim-populated areas of northeast Delhi, with police accused of looking the other way as a mob on Sunday went on the rampage, killing people and damaging properties, including mosques.

India’s Hindu nationalist Prime Minister Narendra Modi, who hosted US President Donald Trump while the violence was under way, has been criticised for inaction.

Here are the latest updates:

‘No going back on CAA’: Law minister

Law minister Ravi Shankar Prasad said their was no going back on the CAA”, but his BJP-led government would attempt to convince people that were opposing the law.

“After all, why shouldn’t the persecuted religious minorities from Pakistan, Bangladesh and Afghanistan be given citizenship,” he said during an address to the tax tribunal circuit bench.

Three more deaths have been recorded at Guru Teg Bahadur Hospital taking the overall death toll in the deadly violence that has rocked parts of Delhi for days to 37.

Apart from the 33 deaths recorded at Guru Teg Bahadur Hospital, three have been recorded at Lok Nayak Hospital and one at Jag Pravesh Chandra Hospital, Kuchay reported.

Dr Kumar added that 14 more injured persons were brought to hospital today, taking the number of injured attended at Guru Teg Bahadur Hospital since Monday to 214.

The Organisation of Islamic Cooperation in a two-part tweet condemned the violence in Delhi, “expressing its sincere condolences to the families of the victims” and describing the acts as “heinous”.

“The OIC calls on Indian authorities to bring the instigators and perpetrators of these acts of anti-Muslim violence to justice and to ensure the safety and security of all its Muslim citizens and the protection of Islamic holy places across the country,” the tweet said.

#OIC condemns the recent & alarming violence against Muslims in #India, resulting in the death & injury of innocent people & the arson and vandalism of mosques and Muslim-owned properties. It expresses its sincere condolences to the families of the victims of these heinous acts. 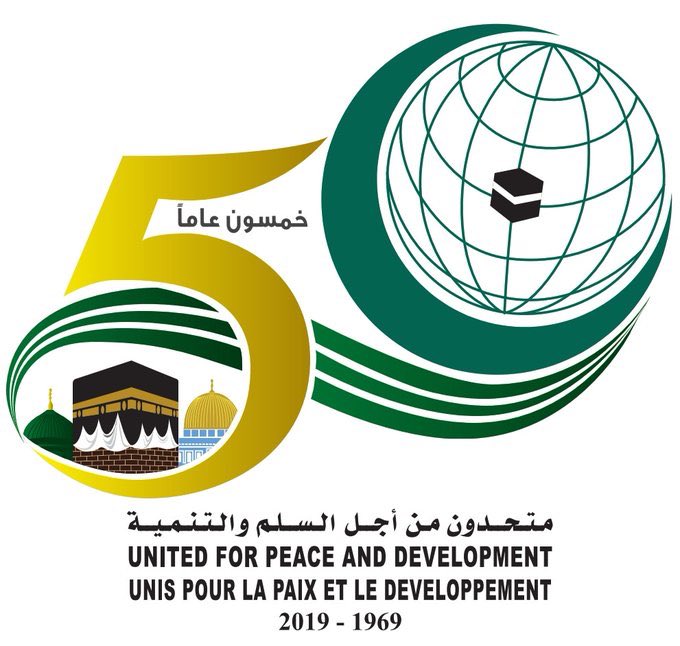 ‘Divided city’: Hindus, Muslims put up barricades to keep each other out

Hindu and Muslim communities in a Delhi neighbourhood have erected barricades, Scroll editor Supriya Sharma posted on Twitter, with pictures showing the barricades.

“This is a view of Brahmpuri road in Delhi. On one side mostly Hindu homes, on the other, Muslim. Both communities have put up barricades. To keep the other out,” the tweet said.

This is a view of Brahmpuri road in Delhi. On one side mostly Hindu homes, on the other, Muslim.

Both communities have put up barricades. To keep the other out. 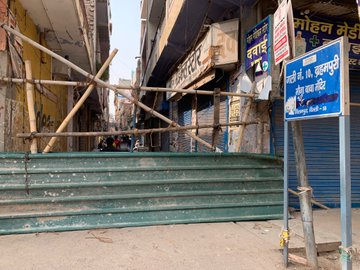 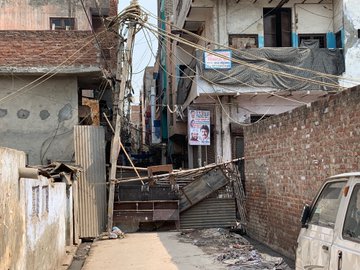 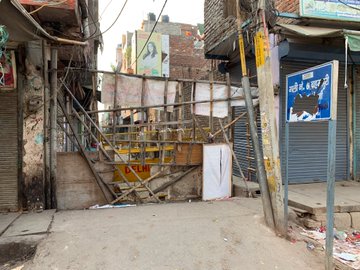 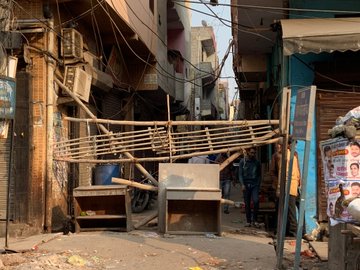 The Central Board of Secondary Education (CSBE) has postponed class 10 and 12 exams scheduled on February 28, 29 in violence-hit northeast Delhi, local Indian media reported.

CBSE, however, maintained that there would be no change in exam schedule across Delhi from March 2 onwards.

It further sought details from schools of students who were unable to appear for exams in violence-affected areas in northeast Delhi, adding that fresh exams would be conducted for them.

Lawyer and activist Dushyant, who has been involved in the relief and rescue operation for the victims, told Al Jazeera some families have lost everything and they need funds to restart their life.

“I think the first thing the victims need is assurance that the ordeal is over. They need the belief that the state is not against them and wrongdoers will be punished,” he added.