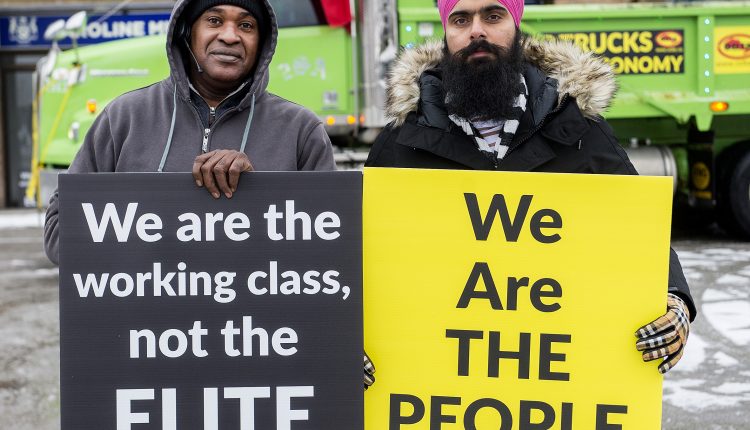 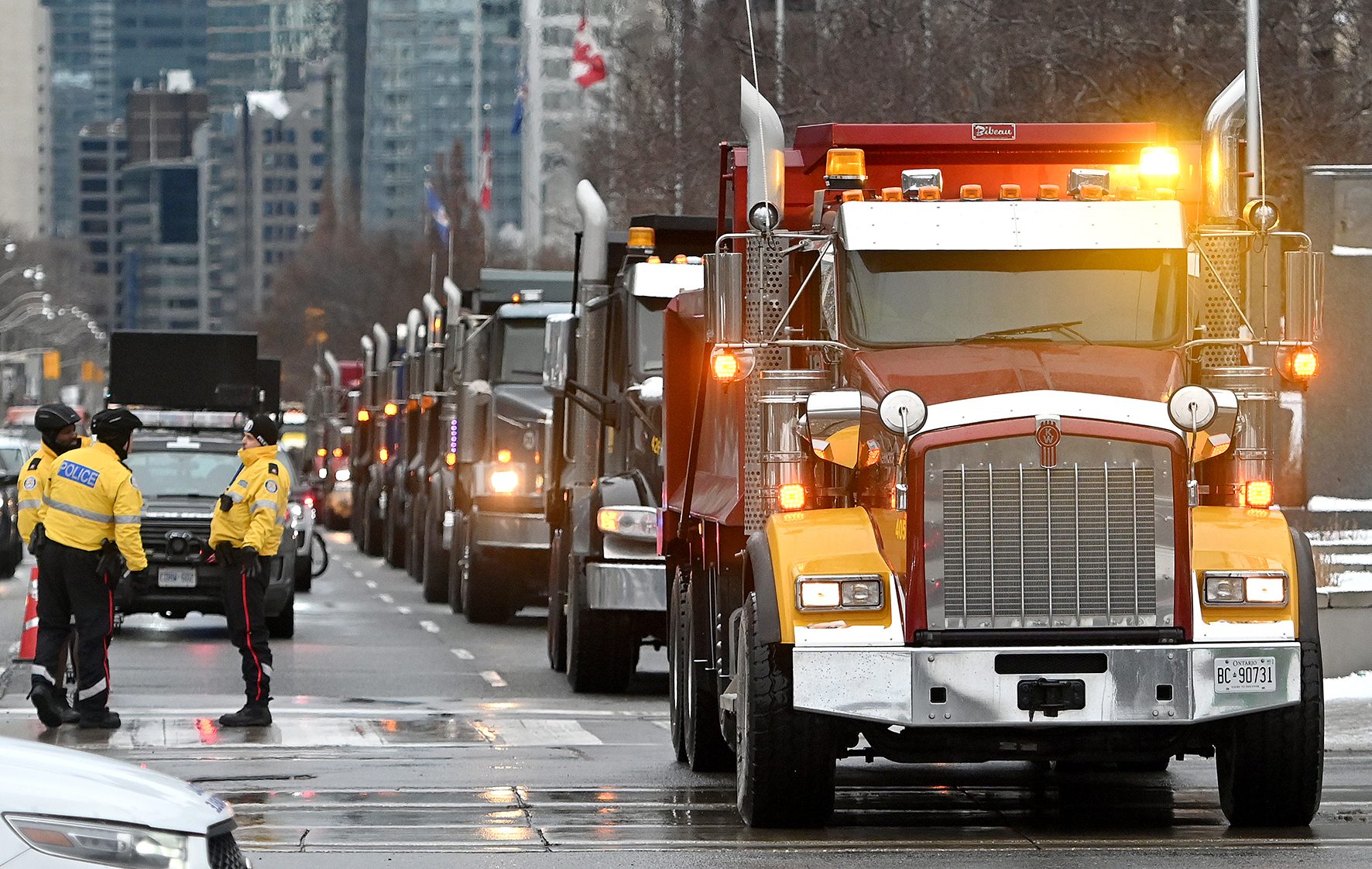 TORONTO – Monday March 8 – A coalition of more than 100 diverse stakeholders including trucking companies, independent dump truck drivers and members of the construction industry, has come together to launch a new campaign: Dontdumponus.ca. The coalition is protesting Ontario Ministry of Transportation rules that are putting dump truck owners and operators out of business – in the middle of a pandemic.

“After months of protest and outreach, the Minister of Transportation, Caroline Mulroney has still not met with us to address our concerns,” says Sarbjit Kaur, campaign spokesperson. “The ministry says there’s no viable reason to review the rules, but what viable reason is there to put hard working people out of business — especially during a pandemic?”

The rules in dispute took effect Jan, 2021 and require dump trucks older than 15 years to undergo expensive axle retrofits ($20,000 – $40,000), operate at significantly reduced loads or get off the road. The trucks pose NO safety risk as the measures (SPIF – Safe Productive Infrastructure Friendly) are designed to reduce road wear.

The SPIF compliant axles became mandatory in trucks manufactured from 2011 on. At least 1000 dump trucks manufactured prior are now deemed non-compliant. The measures apply only to four categories of trucks used mainly in the construction industry. The coalition is asking for the older trucks to be grandfathered for their full life span as other impacted trucks such as cement trucks and fuel trailers have been (20-25 years). Only the dump trucks have not been accommodated.

“Our industry has already been hit hard by the pandemic with lost work and income. Asking drivers to invest tens of thousands of dollars in perfectly good 15-year-old trucks is outrageous,” says Jagroop Singh president of the Ontario Aggregate Truckers Association (OATA). “This program was designed decades ago without any collaboration or consultation with our industry and the measures came into effect with no announcement or notice.” The cost to purchase new trucks ranges from $220,000 – $320,000.

In a letter to Minister Mulroney, George Allen Tucker, the former head of the Canadian Transportation Equipment Association (CTEA) who was intimately involved in the program’s design says:

“I spent over fifty (50) years serving the Canadian Commercial Transportation Sector and as the former Executive Director of the Canadian Transportation Equipment Association (CTEA) I feel obligated to speak out.I am familiar with the process that took place beginning in 2000 …. and the development of SPIF…..in retrospect, to have decided to grandfather these vehicles used in this vital construction sector by calculating their ‘best before date’, we now realize that the regulation falls short of the realities then and today….no operator today could consider an expensive retrofit to meet SPIF and in fact, the truth is, he could never have considered such an option. This is not the time to let the words printed on a page of legislation trump our common sense when it comes to the welfare of these hard-working citizens and their families….The amount of infrastructure wear and tear attributed to this particular sector still pales in comparison to the overall impact of the Provincial trucking industry and its many faces.”

As we approach a busy spring construction period industry stakeholders are warning of labour shortages, delays and increased costs. The City of Brampton, a major GTA transportation hub, has also called on the government to meet with the industry to work toward viable solutions.

“The dump truck industry is the backbone of the construction industry,” says Alec Cloke, Industry expert and president of United Soils. “Without this small but mighty group of hard workers, materials can’t get transported to job sites and the entire supply chain is interrupted. Higher costs to build roads, bridges, hospitals and homes will ultimately get passed onto taxpayers and consumers. Minister Mulroney and Premier Ford need to step in and solve this problem once and for all.”

The campaigners are calling on supporters to contact their local MPP, sign their petition and ask Minister Mulroney and Premier Ford to cut the red tape and let workers get back to work. For more information: www.dontdumponus.ca

International Women’s Day: Ladies, Do Not Forget To Add These Expert-Recommended Nutrients To Your Diet For Better Health

The Region of Peel congratulates Dr. Lawrence Loh and Dr. Nicholas Brandon on the confirmation of their appointments