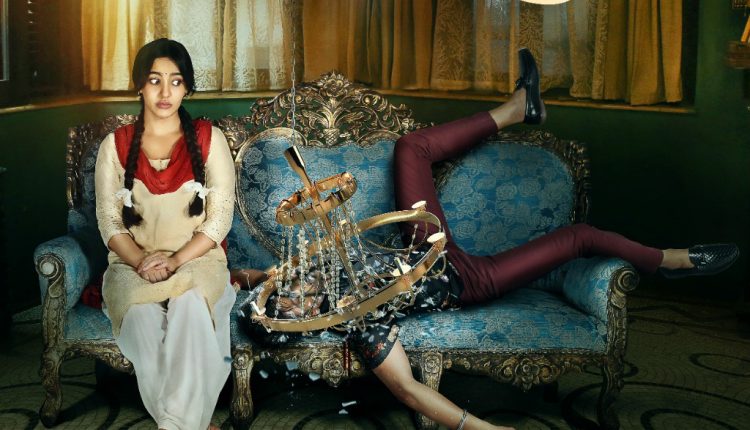 Mumbai, 12th October 2021: ZEE5 Global, the largest OTT platform for South Asian content, has the largest library of Original content with Original shows and films across genres and languages. After the success of its Original web series Black Widows, an Indian adaptation of the Finnish drama of the same name, ZEE5 Global is all set to premiere Aafat-E-Ishq, an Indian adaptation of the award winning international Hungarian Film ‘Liza, the Fox-Fairy’. Directed by Indrajit Nattoji and starring Neha Sharma, Deepak Dobriyal, Amit Sial, Namit Das and Ila Arun, Aafat-E-Ishq will premiere on 29th October 2021, exclusively on ZEE5 Global.

Produced by Zee Studios, Aafat-E-Ishq is the story of Lallo and her quest for true love. Lallo, portrayed by Neha Sharma, finds herself as a prime suspect following a series of multiple deaths while an ancient curse looms large, threatening to destroy everything and everyone around her. A dark dramedy, Aafat-E-Ishq has an interesting concept with elements and a whodunnit twist. The original Hungarian film ‘Liza, the Fox-Fairy’ was a huge success at the box-office and won awards at numerous film festivals including Best Director, Best Film, Best Actor (Female), Best Visual Effects and Best Soundtrack.

Archana Anand, Chief Business Officer, ZEE5 Global, said, “We’re focused on bringing our viewers handpicked stories across diverse genres and storylines. Supernatural and fantasy themed stories have seen much traction globally and we’re sure that Aafat-E-Ishq with its quirky storyline and dark humour will be a natural draw for our global viewers!”

Nimisha Pandey, Head, Hindi Originals, ZEE5 Global, said, “At ZEE5, it is our constant endeavour to present relatable stories that encapsulate the various emotions people experience in their lives. We are delighted to hand-pick this story and recreate it for our Indian viewers in a language of their choice. Aafat-E-Ishq is a compelling story rooted in India’s love for the supernatural and fantasy genre. The film will certainly stand out for its unique storyline, quirky characters and dark humour, which we are confident will appeal to various consumer cohorts. We are extremely excited to bring this to your screens soon.”

Ashima Avasthi, Head Content, Zee Studios, said, “A heady mix of love, lust, intrigue and a little bit of a supernatural, this film is all set to take the audiences on a complete rollercoaster ride. We are confident that this exciting story backed by the powerful performances will definitely be appreciated by the consumers. With Aafat-E-Ishq, Zee Studios continues to create and produce distinctive stories as a part of our diverse portfolio of original content. We’re excited to partner with ZEE5 to bring this dark comedy to our audiences soon.”

“Deeply Shocked”: ISKCON On Attacks On Devotees In Bangladesh

Review: ‘Once Upon A Time In Calcutta’ Portrays A City As A Living…