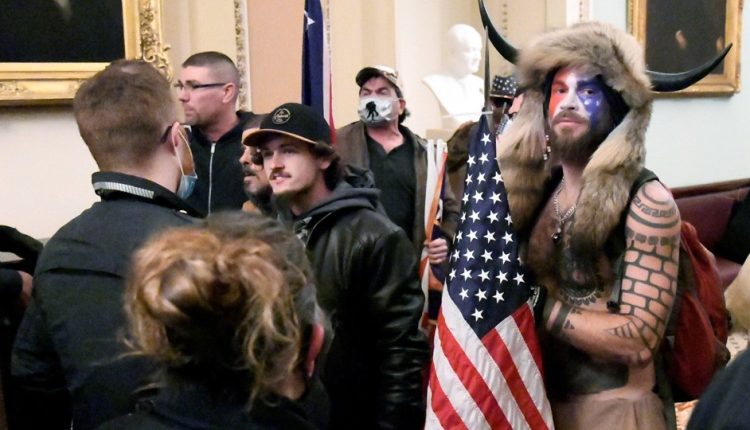 Federal judge says Chansley, a former Navy veteran, is ‘on the right track’

A federal judge on Wednesday sentenced the U.S. Capitol rioter nicknamed “QAnon Shaman,” for his horned headdress, to 41 months in prison for his role in the deadly Jan. 6 attack by former president Donald Trump’s followers.

Prosecutors had asked U.S. District Judge Royce Lamberth to impose a longer 51-month sentence on Jacob Chansley, who pleaded guilty in September to obstructing an official proceeding when he and thousands of others stormed the building in an attempt to stop Congress from certifying President Joe Biden’s election.

The sentence matches one imposed by a judge on a former mixed martial artist filmed punching a police officer during the violence, who was sentenced last week.

Lamberth said he believed Chansley, 34, had done a lot to convince the court he is “on the right track.”