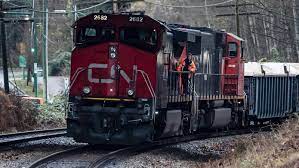 CN says service resumed Sunday after crews worked around the clock on the Vancouver-Kamloops corridor, which was first cut by mudslides and washouts amid torrential rain in mid-November.

“CN crews will continue to monitor both the rail infrastructure as well as the terrain over the coming days and weeks,” CN spokesperson Jonathan Abecassis said in an email.