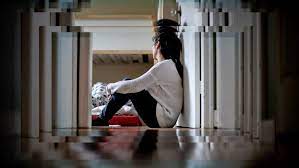 More than one in three people accused of intimate-partner homicide demonstrated at least one warning sign prior to the killing, according to a CBC News investigation.

The finding is one of dozens from Deadly Relationships, a sweeping, 16-month CBC News analysis of intimate-partner homicides across Canada between January 2015 and June 2020.

CBC’s investigative team collected nearly 50 data points on close to 400 cases over that timeframe, including the gender and ethnicity of victims and accused, whether the victim was protected by a court order when they were killed and the criminal history of the accused. Altogether, the data paints a never-before-seen mosaic of relationships that turn deadly.

More than three-quarters of victims were women. Most of the accused, 78 per cent, were men.

Intimate-partner homicides in Canada are among the most traumatic and horrific of crimes, often occurring in the victim’s home, scarring families and communities for decades. Our investigation found more than 400 people, mostly children, lost parents to domestic violence over the course of five and a half years.

What’s more, these crimes are preventable. There are known warning signs that a relationship could turn deadly, so we set out to find how many were present in Canadian cases. Future stories in this series will take a closer look at what can be done.