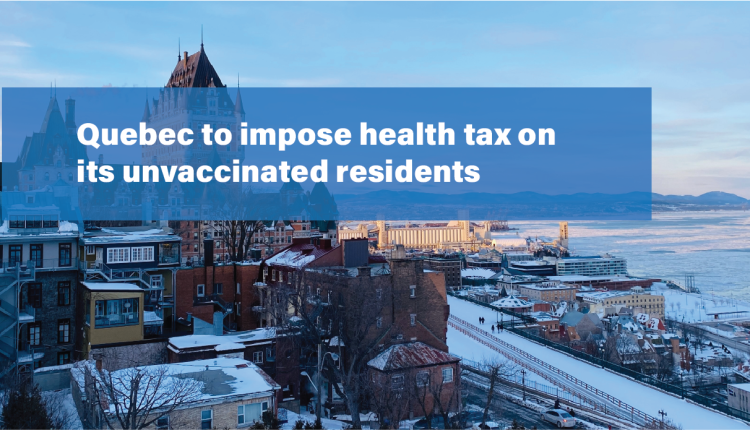 Quebec to impose health tax on its unvaccinated residents

The Canadian province of Quebec has planned to charge residents health tax for those who are yet not vaccinated against Covid-19.

On Tuesday, January 11, its premier announced that it would be the first in the nation to financially charge the unvaccinated

About 12.8% of Quebec residents are not vaccinated, but they account for half of the Cpvid-19 patients ending up in hospitals.

As per the federal data,  over 85% of Quebec residents had received at least one vaccine dose by 1 January.

During a news conference, Premier Francois Legault said that people who have not yet even received their first dose of vaccination so far will have to pay a price.

He said that the fee or the tax has not yet been decided but it will be significant.

“I think right now it’s a question of fairness for the 90% of the population who made some sacrifices,” Mr Legault said. “I think we owe them this kind of measure.”

Quebec is not the only place to consider this type of tax. Other countries such as Singapore also required their patients who are unvaccinated to pay their hospital bills for being infected with Covid-19.