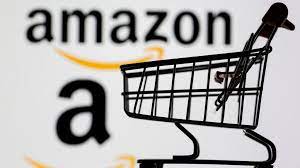 An Amazon spokesperson reportedly said that the company takes “legal action against those who violate these policies, wherever they are in the world.”
By Edited by Gadgets 360 Newsdesk | Updated: 20 September 2021 11:08 IST

Amazon has reportedly cracked down on 600 Chinese brands on its platform. The world’s largest e-commerce company reportedly said on Friday that it had closed about 3,000 merchant accounts that were backed by these brands. The step was taken to fight fake reviews and other policy violations. According to a report by South China Morning Post, Amazon’s Asia Global Selling Vice President Cindy Tai told state-owned China Central Television that the company’s crackdown on these brands was not a means to target China or any other country. She also suggested that the campaign did not negatively affect the overall growth of Chinese merchants on the online shopping platform.

Tai’s interview was the first time that a senior executive of Amazon responded to the company’s actions taken against the “made in China, sold in Amazon” merchant community. This community is facing allegations of consumer review abuses.

The company officially banned incentivised reviews on its platform back in 2016. It is also known for regularly monitoring such violations and taking measures against them through clean-up campaigns. Such campaigns are meant to punish product review abuses in order to protect consumers’ rights.

Amazon Facilities in Canada Face Campaigns to Organise Workers’ Union
However, practices like paid positive reviews are a common thing on Chinese e-commerce platforms. To combat the same on its global platform, Amazon undertook a campaign against such activities in May. The crackdown affected thousands of Chinese merchants, suggests a July report by the trade group Shenzhen Cross-Border E-commerce Association.

Amazon’s current crackdown is thought to be greater in scale than any of its previous campaigns. Thanks to the company’s clear-cut policies against the abuse of its community features. A company spokesperson told the South China Morning Post, “We suspend, ban and take legal action against those who violate these policies, wherever they are in the world.”

The spokesperson also suggested that Amazon will improve its abuse detection facility. It will continue to take measures against “bad actors” who engage in “multiple and repeated policy violations.” Consumer review abuse is a part of violation of company policies.

Amazon Antitrust Lawsuit Broadened by US Attorney General
Despite Tai’s claim, Amazon’s recent campaign seems to have hit some of the biggest Chinese brands on the platform. For instance, more than CNY 130 million (roughly Rs. 150 crores) of the Shenzhen Youkeshu Technology funds have reportedly been frozen by Amazon.

Some Chinese companies are prompted to invest more in other global online retail platforms like eBay and AliExpress after Amazon’s crackdown, suggests the Shenzhen Cross-Border E-Commerce Association.

Punjab Police ramps up crackdown on sale of synthetic kite…