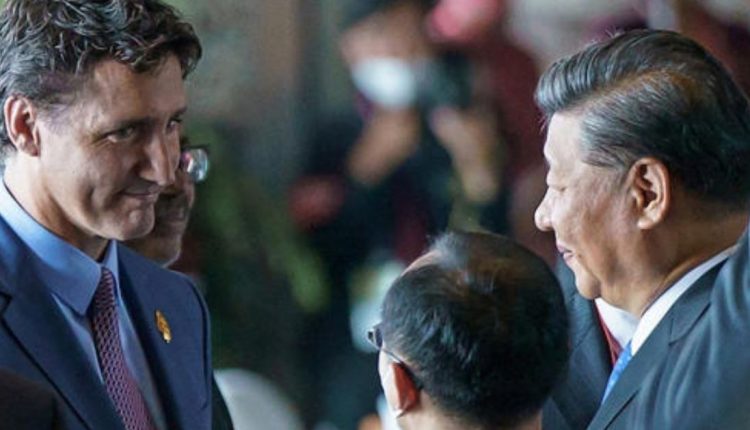 The Justin Trudeau-led Federal government on Sunday announced its Indo-Pacific strategy detailing the allocation of $2.3 billion (USD $1.7 billion) over the next five years in the region to counter the growing dominance of China.

The Federal Government, in the 26-page document, did not mince words while scrutinising China amid growing tensions between the nations.

“China’s rise, enabled by the same international rules and norms that it now increasingly disregards, has had an enormous impact on the Indo-Pacific, and it has ambitions to become the leading power in the region,” detailed the strategy.

“China is making large-scale investments to establish its economic influence, diplomatic impact, offensive military capabilities and advanced technologies. China is looking to shape the international order into a more permissive environment for interests and values that increasingly depart from ours…China’s sheer size and influence makes co-operation necessary to address some of the world’s existential pressures, such as climate change and biodiversity loss, global health and nuclear proliferation,” it continued.

Unveiling the statement, Canada’s Foreign Minister Melanie Joly stated, “The future of the Indo-Pacific is our future; we have a role to play in shaping it. To do so, we need to be a true, reliable partner… [the strategy] sends a clear message to the region that Canada is here, and they can trust we are here to stay.”

The central tenet of our Indo-Pacific strategy is acting in Canada’s national interest, while defending our values pic.twitter.com/1tOBExhBKt

“There is a fundamental problem with the fact that China currently does not respect international norms and tries to change or interpret them to its own advantage…My job is to explain the risk. And I’m saying there is a geopolitical risk in doing business in China,” Joly asserted.

The strategy comes not long after an interaction between Canadian Prime Minister Justin Trudeau and Chinese President Xi Jinping, wherein the latter reportedly confronted the Canadian PM over ‘media leaks.’

In a viral video from the summit that has since made rounds on social media, Xi retaliated by confronting PM Trudeau about Canada’s “inappropriate” way of handling interpersonal relations between the nations. The Chinese President could be seen accusing Trudeau of ‘leaking” everything they talk about to media outlets.

The Cdn Pool cam captured a tough talk between Chinese President Xi & PM Trudeau at the G20 today. In it, Xi express his displeasure that everything discussed yesterday “has been leaked to the paper(s), that’s not appropriate… & that’s not the way the conversation was conducted” pic.twitter.com/Hres3vwf4Q

In a statement on Sunday, U.S. ambassador to Canada, David Cohen, seconded the strategy. It may be pertinent to note that last February, the US also released a similar statement regarding interaction with the area.

🪖 We will increase Canadian participation joint exercises with regional allies and partners. Currently, our participation is largely naval in focus, and this investment will enable increased opportunities for Canadian aviators and soldiers to participate.

🌐 We will also launch new initiatives to support regional partners seeking to bolster their cyber security and cyber capabilities. The @cse_cst will contribute to enhancing our ties through the Augmented Intelligence Capacity Initiative and the Cyber and Diplomacy Initiative.

New Brunswick turns to Quebec for nurses amid shortage

Ukraine’s win will be ‘big boost’ to global economy: Deputy…