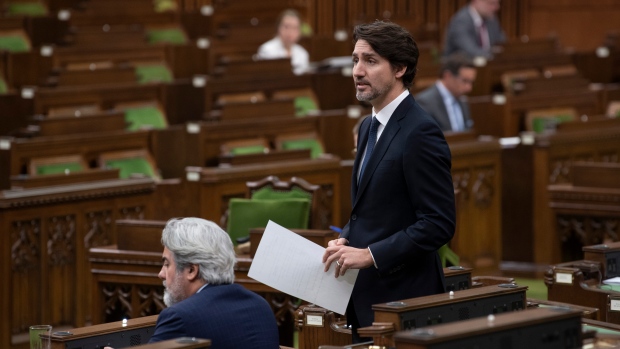 OTTAWA — Prime Minister Justin Trudeau has arrived at an anti-racism protest in Ottawa.

It’s one of multiple events in Canada today, following days of demonstrations against racism and police brutality in numerous American cities.

Trudeau declined to say Friday morning whether he would attend, but arrived on Parliament Hill in mid-afternoon with security guards, wearing a black cloth mask.

PM Trudeau adds 35 names to the Russian sanction, intends to…