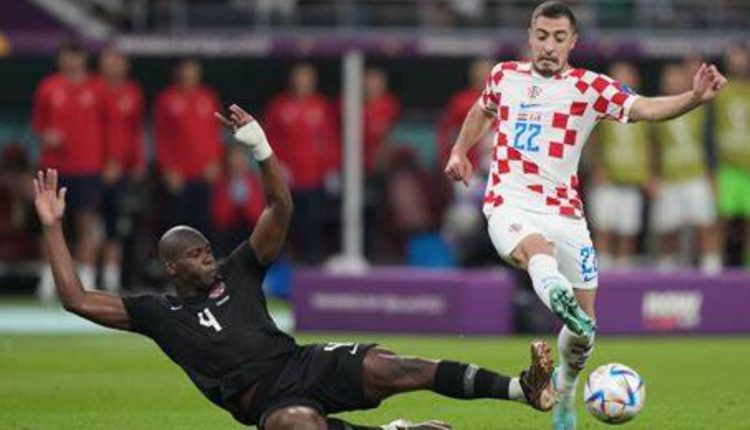 FIFA World Cup 2022: Canada bows out with a shattering 1-4 defeat at hands of Croatia

It was the second defeat for the North Americans in two games.

Canada was eliminated from the FIFA World Cup 2022 on Sunday after it suffered a shattering 1-4 defeat at hands of Croatia in a group F match. It was the second defeat for the North Americans in two games.  Defeats of Canada and Belgium in the second round of Group F matches has thrown up the fight for top two berthes amongst the remaining three teams.

With Canada out, now the fight is to decide the top two finishers. Belgium, Croatia and  Morocco have three points each and a game in hand., however, had the consolation of scoring its first ever World. Cup goal. The joy of taking an early lead – with a goal in the second minute –  was short lived for Canadians as the Croatians after taking 2-1 lead at the halftime, hammered in two more goals in the second half while yet another goal scored by the Europeans was disallowed.

Canada are eliminated from the 2022 World Cup after losing to Croatia. pic.twitter.com/yYttIByBNL

It was Lovro Majer who  put the final nail in the coffin as Croatia  finished with an impressive  4-1 win against Canada. The second successive defeat in two games, after losing  0-1 to Belgium, Canada needed at least a draw to stay in the hunt for a place in the knockout round. But after suffering a second defeat, they  are now out of the Round of 16 race   Canada was  being hammered but its Croatia-born goalkeeper  Milan Brojan was putting up a fight.

Andrej Kramaric scored his second goal  to give  Croatia  3-1 lead.  After conceding early, Croatia turned the tide on Canada and led 2-1 at the break. It took Canada just two minutes to open the scoring as Alphonso Davies headed in Tajon Buchanan’s cross from close range to score Canada’s first-ever World Cup goal. However, Croatia continued to grow into the game and scored twice in the space of eight minutes to go ahead at the break.

Leading from the front with a defiant display, topped off with two goals! ⚽️ ⚽️

Andrej Kramarić’s performance for the ages makes him your @Budweiser Player of the Match. 👏

Data of 500 million WhatsApp users up for sale after breach