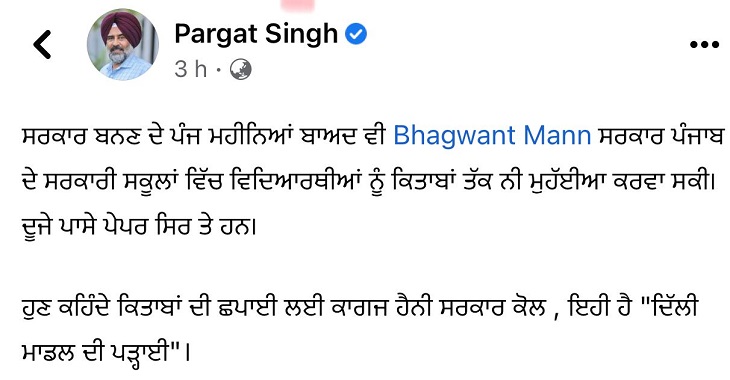 On the other hand, the papers are on the head. Now they are saying that the government does not have paper for the printing of books. This is the teaching of the Delhi model. The Aam Aadmi Party is yet to react to this.
According to sources, the books could not be printed due to a paucity of paper. In this regard, a meeting of the officers of the Education Department was held in Mohali. In which this matter was also discussed, The vendor who printed the books refused as the previous bill was not cleared. The department is also short of funds. On the other hand, Board of Education Chairman Yograj Sharma claimed that the matter had been resolved. Books will be distributed in a week by making complete arrangements. He said that old students have got books. Only the new one remains to be given.

Now, Citizens Attaining 18 years age have four opportunities in a year to register a…

India tops pool with a 4-1 win over Wales, Canada lose 2-11 to England