Google Camera’s Night Sight mode is out for Pixel phones: Here’s what it does

When Google released the Pixel 3 phones back in October, it had showcased a new camera mode called ‘Night Sight’, which promised to drastically improve low-light performance. Night Sight is now officially rolling out to Pixel, Pixel 2 and Pixel 3 phones, and will be made available on these devices over the next couple of days.

At the launch event, Google showcased two pictures side-by-side, one taken by the iPhone XS and the other with Pixel 3’s Night Sight mode. The difference in the two shots was striking; the one with the iPhone XS was dark, unclear, a typical smartphone camera shot in low-light,  while the Pixel 3 had managed to convert the shot into a bright, well-lit one with the subjects clearly visible.

Google itself says that Night Sight works best on the latest Pixel 3. On the original Pixel, Google’s Night Sight will rely on shorter exposures compared to the other two, because the first phone did not come with optical image stabilization (OIS). Pixel users might not immediately see the update on their phones. The Google Camera app will get an official update on the Play Store, which will include the new Night Sight Mode.

Google Camera: What is Night Sight mode, how does it work?

The Night Sight Mode is coming to both the front and rear camera of all Pixel phones. It gives detailed low-light results without the need for a flash or tripod. When a smartphone camera is taking pictures in the dark or poor lighting conditions, often the end result has a lot of noise or the picture is grainy. This is despite smartphone cameras touting big sensors, improved aperture.

To take well-lit photos at night, similar to say how a DSLR would perform, one would require some help on the hardware side. Also, a tripod can help because in low-light the exposure time is longer, and the camera needs to remain still for that duration. But it is not always possible on smartphones, and the average user certainly does not want to lug a tripod along. Then, there’s the use of flash though that does not often result in flattering results, in low-light. 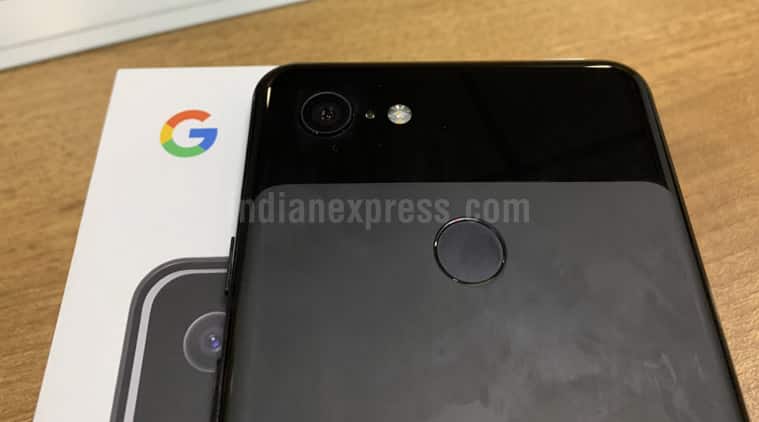 The Night Sight Mode is coming to both the front and rear camera of all Pixel phones. Pixel 3 XL camera is seen in this photo.

Pixel’s Night Mode makes sure you do not need any extra hardware help to capture a great low-light shot. It relies on software to improve your photos.

In Night Sight, the Pixel camera captures 15 frames of 1/15 second (or less) each.  Night Sight captures an equal amount of light over a burst of many photos that are dark but sharp, according to the company. This is also why the user needs to be very still when shooting in Night Sight because it takes two or three seconds for the camera to take the number of shots needed for the perfect image.

The camera software then merges this burst, and also tries to prevent motion blur to give a bright, sharp image as the final result. Still Night Sight works best when you are completely still or prop the camera against something to keep it very still.

When a user shoots in Night Sight, the Pixel does try to eliminate for noise, movement, according to Google. The camera measures a user’s natural hand shake, as well as how much motion is in the scene. It is relying more on software to compensate for the movement that is often a part of smartphone pictures.

Google is also using machine learning to help balance the colour of photos taken in Night Sight in order to make sure object appear natural.

Further, in this mode, Google brightens the viewfinder to help users frame shots in low light. Keep in mind that viewfinder might show that the shot is noisy, but this is not the correct indication of the final photograph. The final pictures merges a number of shots taken together.

How to use Night Sight on Google Pixel, Pixel 2 or Pixel 3?

Google’s Pixel will suggest using Night Sight if you are taking a photo in low-light. The Night Sight Mode is part of the More options on the Google Camera app.

Make sure you have updated your app to the latest version in order to use the Night Sight Mode.

Once you are in Night Sight Mode, just press the shutter button, and try to remain very still until Night Sight finishes capturing the photo. Remember, since the picture is taken in low-light with a longer exposure time, this mode does take a few extra seconds.

If you are taking a photo of someone, ask them to hold still for a few seconds before and after you press the shutter button. Do keep in mind that Night Sight does not work in complete darkness, so the scene needs some light falling on it at the very least.

Realme 5i to Go on Sale in India Today via Flipkart, Realme Website

Apple turns off group FaceTime after discovery of eavesdropping bug

Realme U1 the talk of the town; gets the most powerful…

Samsung Galaxy A8s to sport an Infinity-O display: Here is…

WhatsApp Sticker feature on Android, iOS soon: Here are the…