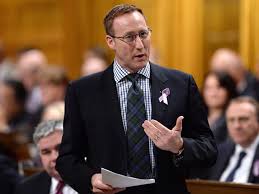 Four words Peter MacKay posted to his social-media accounts Wednesday ended months, if not years, of speculation about whether and when he’d run to lead the federal Conservative party.

The former cabinet minister is now expected to formally launch his leadership campaign in his home province of Nova Scotia late next week.

Between now and then, the pressure is on other potential contenders to make up their minds on running against him, observers said.

He, like MacKay, has been testing the waters for a leadership attempt ever since current Tory leader Andrew Scheer announced his intention to resign.

A question is how they battle it out on each other’s home turfs, said Christian Bourque, vice-president of polling firm Leger.

“How many riding associations can (Charest) count on in Quebec to face the impressive backing Mr. MacKay is rumoured to have in Ontario and elsewhere?” Bourque said.

MacKay has been pegged as a contender to take over the party not just since Scheer stepped down in mid-December, but ever since the party came into being.

He was instrumental in forming it, having helmed one of the parties that preceded it, the Progressive Conservatives. That party merged with Canadian Alliance in 2003 to form today’s Conservative party and MacKay went to work under the new boss, Stephen Harper.

MacKay stepped away from politics ahead of the 2015 election, the year the Harper Tories lost power and Harper himself resigned as leader.

MacKay’s name immediately surfaced as a replacement, but he stuck to his life as a lawyer in Toronto. He is married to human-rights activist Nazanin Afshin-Jam and has three children.

Scheer would go on to win the leadership of the party in a 2017 contest. But as he faltered in the 2019 election campaign, MacKay’s name came back to the fore.

In the waning days of the campaign, the party flew MacKay out to his old riding of Central Nova to introduce Scheer at an event. It was meant to be a show of his support for Scheer. Yet, one person after another in the room told MacKay it was he who should be running for prime minister.

At the time, he replied, the job wasn’t open.

The fact he’s taking the plunge signals he thinks it’s worth his effort, said Kate Harrison, a vice president at Summa Strategies.

“Having someone of Peter MacKay’s calibre and name recognition in the race shows that (the Conservative leadership) is a desirable job,” she said.

“There is a desire and an ability for a Conservative to win government.”

After the election, MacKay was an outspoken critic of the campaign the party ran. The Conservatives’ failure to form government was akin to missing a shot on an open net, he said, a reference to the fact they couldn’t take down a Liberal government besmirched by multiple scandals.

He also said social-conservative issues hung around Scheer’s neck like a “stinking albatross” and cost the party crucial support.

In addition to Charest and MacKay, former Conservative cabinet ministers Pierre Poilievre and Erin O’Toole have signalled their intentions to run.

O’Toole’s efforts might be complicated by MacKay’s decision, Harrison said.

He and MacKay are similar candidates on paper. Both are from the more progressive side of the party, both have spent time as Toronto lawyers. Though O’Toole grew up in Ontario, he served in the military in Nova Scotia, MacKay’s home. MacKay has some of his own ties to the military, having served as defence minister. O’Toole held the veterans’ affairs portfolio, and in Opposition took over MacKay’s foreign-affairs file.

“Contrast is what wins these things, not two people of the same variety,” Harrison said.

To enter, candidates must pay a $200,000 non-refundable fee and a further $100,000 as a compliance deposit they get back if they meet all the requirements, and gather 3,000 signatures from party members backing their bids. One thousand of those must be from people in 30 different ridings spread over seven provinces or territories.

Party members will vote for a new leader June 27 at a convention in Toronto.

This report by The Canadian Press was first published Jan. 15, 2020.

With Folded Hands And A Smile, Nitish Kumar Refuses To Comment On CAA

After Messi misses penalty, Argentina gets past Mexico to enter round of 16

Ontario auto insurance premiums are highest in the country,…