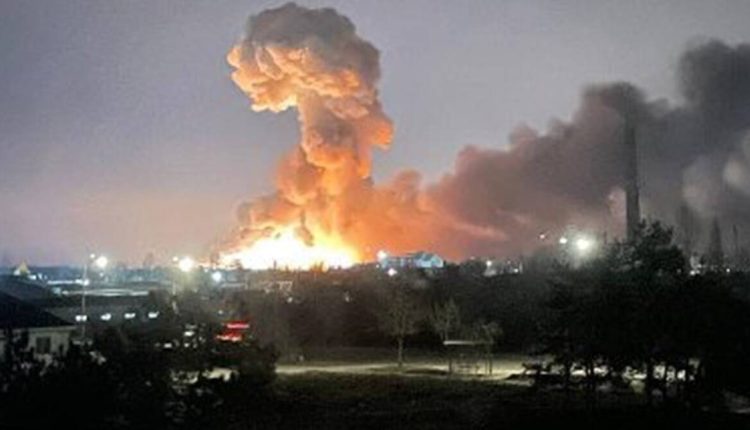 Russia launched an attack on Ukraine around 8:30 a.m. on Thursday, following months of tension. So far, 40 Ukrainian soldiers have died in the conflict. Ukraine claimed to have killed 50 Russian servicemen and destroyed six fighter jets-tanks at the same moment. Russia is now attacking Ukraine from three sides. His army has entered Ukraine.
The Indian Embassy in Kiev will not be closed, according to the Indian Ambassador to Ukraine. It will continue to function normally. At the same time, Minister of State for External Affairs V. Muraleedharan stated that the Ministry of External Affairs is taking steps to return nearly 18,000 Indians from Ukraine, including students. Because Ukraine’s airspace remains closed, alternate plans are being made to evacuate Indian nationals.
In New Delhi, Ukraine’s ambassador appeared in front of the media and asked Prime Minister Narendra Modi for assistance. The United States and the European Union (EU) have also begun military and economic preparations. Russia’s economy will be destroyed, according to EU President Ursala.
On national television, Russian President Vladimir Putin declared the attack. Said- If someone interferes between Russia and Ukraine, the result will be terrible. He made the motion in the direction of US and NATO forces. Twelve explosions happened in numerous provinces, including Kiev, Ukraine’s capital, five minutes after the declaration was made. A missile attack against Kiev was also launched. The airport was shut down there. The rescue operation for Indians trapped in Ukraine had to be halted as a result of this decision. Due to a danger zone alert, an Air India flight to Ukraine has been cancelled.
Ukraine has been attacked from three directions: Russia, Belarus, and the Crimean border. The attacks in the provinces of Luhansk, Kharkiv, Cherniv, Sumy, and Jatomyr are still going on. Russian ground forces invaded Ukraine and seized a number of villages. They are being taken over by Russian commando paratroopers who have landed near Ukrainian military sites. Ukraine claims 50 Russian servicemen have been killed. Six of its fighter planes and four of its tanks were destroyed.

America: President Biden stated that the world should band together against Russia. We will not, under any circumstances, allow the world to be destroyed. Russia has shut down all channels of communication.

EU: Ursala van der Lin, the President of the European Union Commission, has publicly threatened Russia for the first time. – Now it’s your turn to respond,’ Lin replied. We’ll now focus on Russia’s economy. Will destabilise his economy to the point where, even if he modernises his military, he will crave even the most basic necessities. Throughout Europe, Russian assets and bank accounts have been frozen. In this matter, we firmly support the United States and our other allies.

Conflict in the Punjab Congress continues even after the election, MP said – Many leaders have quit because of Sidhu