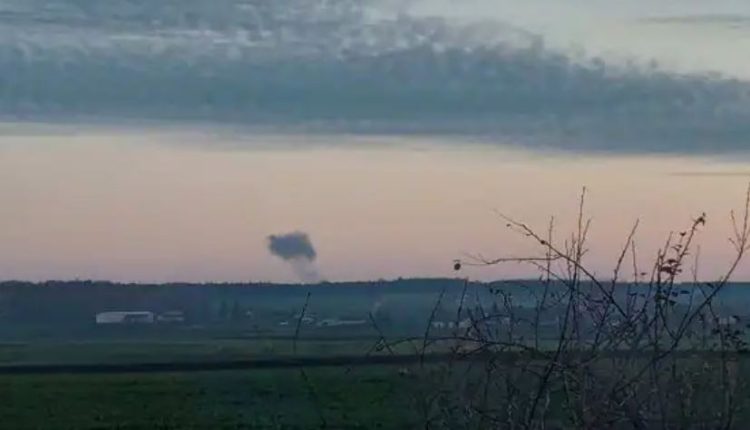 After Two stray missiles hit a small village in Poland just 6 km from the Ukrainian border, Polish officials are now opining that the missiles were likely not an intentional attack.

The Russian-made missiles hit the village of Przewodow, just 6 km away from the Ukrainian border. It is reported that two men died after the missile fell on village farmlands at 3:40 p.m. local time.

Stressing that the missiles were not sent by Russia, Polish President Andrzej Duda stated, “Ukraine’s defense was launching their missiles in various directions and it is highly probable that one of these missiles, unfortunately, fell on Polish territory.”

“There is nothing, absolutely nothing, to suggest that it was an intentional attack on Poland,” he continued.

While at a 30-nation meeting in Brussels, NATO Secretary-General Jens Stoltenberg echoed the same sentiment stating, “We have no indication that this was the result of a deliberate attack.”

Stoltenberg, however, still blamed Moscow for the attack stating, “This is not Ukraine’s fault. Russia bears ultimate responsibility.”

On the contrary, Poland’s prime minister, Mateusz Morawiecki, speculated that the attack could have been strategically orchestrated by Russia.

Addressing the Polish Parliament, Morawiecki stated, “We cannot rule out that the shelling of Ukrainian infrastructure near the border was an intentional provocation done in the hope that such a situation could arise.”

Both Kyiv and Moscow have since denied launching the missile at Poland.

The Russian defence ministry has claimed that, on the day of the attack, it had not targeted anywhere within 35km (22 miles) of the Ukraine-Poland border.  Kremlin spokesman Dmitry Peskov also stated, “We have witnessed another hysterical, frenzied, Russo-phobic reaction that was not based on any real data.”

“There is an attempt to provoke a direct military clash between Nato and Russia, with all the consequences for the world, ” he continued

On the other hand, Ukrainian President Volodymyr Zelenskyy stressed that he had “no doubt” that the missile that landed in Poland was not Ukrainian.

Had a call with 🇵🇱 President @AndrzejDuda. Expressed condolences over the death of Polish citizens from Russian missile terror. We exchanged available information and are clarifying all the facts. 🇺🇦, 🇵🇱, all of Europe and the world must be fully protected from terrorist Russia.

It is pertinent to note that Poland has presented as an ally to Ukraine all throughout the conflict. Furthermore, a deliberate attack on Poland could potentially lead to Russia butting heads with NATO, the military alliance that Poland is a part of.

I have just spoken to Polish President @AndrzejDuda following reports of a missile strike in Poland.

I reiterated the UK’s solidarity with Poland and expressed condolences for the victims.

We will remain in close contact and continue to coordinate with our NATO allies.

I spoke with President Andrzej Duda of Poland to express my deep condolences for the loss of life in Eastern Poland and offer our full support for Poland's investigation of the explosion.

We will remain in close touch to determine appropriate next steps as it proceeds. pic.twitter.com/m6OSwcHKtD

I’m being briefed on the latest developments in Poland – we’re closely monitoring the situation, and we’re in contact with our partners and allies right now. During this difficult time, I’m sending my deepest condolences to the Polish people.

Ukraine’s win will be ‘big boost’ to global economy: Deputy…