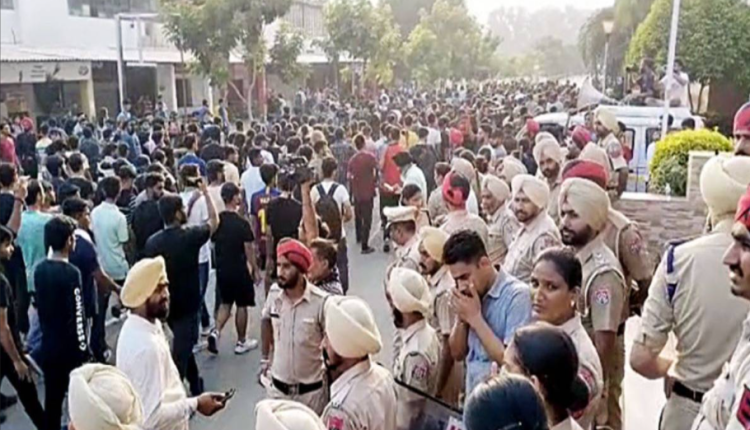 In light of the recent protests in relation to the Chandigarh University MMS row, Punjab police formed a three-member SIT with all women police officers to probe the case quickly and de-escalate the situation optimally. The committee was formed by the Director General of Police (Punjab) Gaurav Yadav on Monday, a day after CM Mann ordered a high-level investigation after observing the sheer magnitude of the protest against the case that has garnered national attention in just a small chunk of time.

The team will work under the direct supervision of Additional Director General of Police (ADGP) Gurpreet Kaur Deo. It is noteworthy that the team has complete clearance to bring on any other person whom they deem fit for a given task for the probe of the matter at hand.

DGP Gaurav Yadav informed on the matter, “SIT will go to the bottom of the conspiracy. No person is to be spared if found involved. One student and two others were arrested. Thanks to DGP Himachal Pradesh for excellent co-operation.” Assuring the general public that electronic devices of all three of these folks have been seized for the purposes of a thorough forensic examination.

The Mohali Deputy Commissioner (DC) Amit Talwar also warned people to stray from rumours stating, ““No information about suicide has come out. It is a rumour that has been spread. We have not been brought forward any information that a suicide has taken place.”

While the DGP was forming this committee, images back at the University showed people packing up as they prepared to leave the university soon.