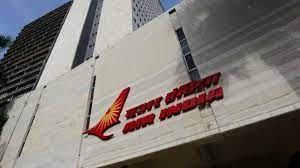 The government has initiated the process of financial bids for the debt-laden national carrier Air India (AI) on Wednesday as Aviation Minister Jyotiraditya Scindia made it clear that September 15 date for the process is fixed and will not change.

After failing to find any buyer for a 76 per cent stake in Air India in 2018, the government is expected to complete the sale of the national carrier with at least two buyers expected to submit financial bids by September 15.

“The Tata Group, through its holding company and SpiceJet chairman Ajay Singh, is likely to make its financial bid for the airline in his personal capacity,” an industry source told ANI. “We are very optimistic that this time Air India will get a new bidder,” a government source said on the condition of anonymity.

Air India is laden with a huge debt of around ₹ 43,000 crore of which ₹ 22,000 crore will also be transferred to the Air India Asset Holding Limited (AIAHL).

“The debt of the airline has now increased to ₹ 43,000 crore and all these loans are under government guarantee. And the government will bear this debt before the airline is transferred to the new owners,” sources said. The government declined to share any details on expectations from the sale of Air India.

The Centre is planning to sell a 100 per cent stake in the airline and its low-cost subsidiary Air India Express. And a 50 per cent stake in ground handling company Air India SATS Airport Services Private Limited (AISATS). Other properties including the Air India building in Mumbai, Airlines House in Delhi will also be part of the deal.

At present, Air India has control over 4,400 domestic and 1,800 international landing and parking slots at domestic airports as well as 900 slots abroad.

Why Britney Spears Deleted Instagram Just Days After Her Engagement

The killers celebrated after the murder of Moosewala