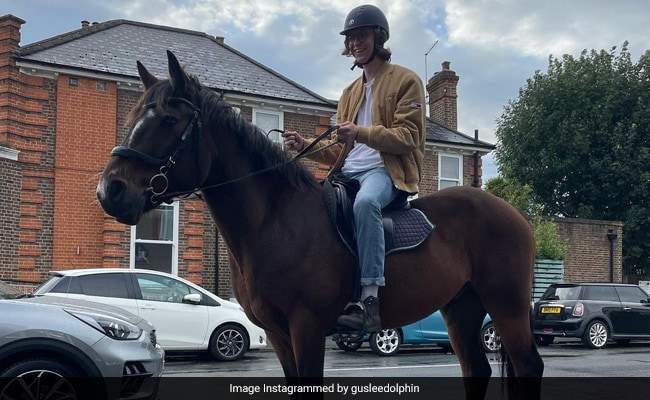 Last updated Oct 1, 2021
Share
British petrol stations are still seeing unprecedented demand with more than two thousand pumps still dry on Thursday amid the country’s fuel crisis, according to news agency Reuters. In a chaotic week where fights broke out at gas stations and people filled up old water bottles with petrol, one man was filmed riding up to a petrol station on a horse. Gus Lee-Dolphin found an old-school solution to the fuel crisis and turned heads as he rode up to a Shell petrol pump on horseback in west London, reports the Independent.

Why Britney Spears Deleted Instagram Just Days After Her Engagement

Facebook Shields Certain VIP Users From Some of Its Rules: Report